Tamar Kaprelian premiered the official music video for her single ‘New Day’, where the 22-year-old takes her piano through beautiful fields and forests in the ultimate fairytale setting. Tamar has been writing since she was just fourteen years old and hopes to send a profoundly positive message with ‘New Day’. “It’s about struggling, persevering, and being in a situation where you don’t know how you’re gonna dig yourself out of it,” she explained. “And at the end of it, life is like a road—you don’t stop in the middle of it. I really want people to listen to this record and get a sense of hope from it.”

‘New Day’ will appear on Tamar’s debut album, ‘Sinner Or A Saint’, due out later this summer on Interscope Records. Check out the album cover below the cut. 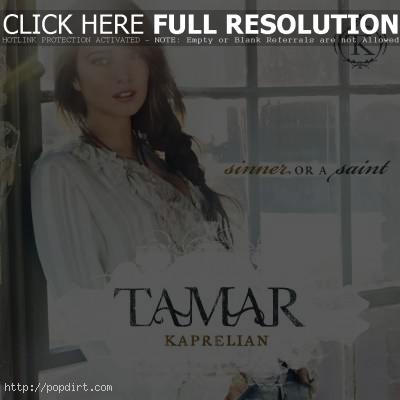