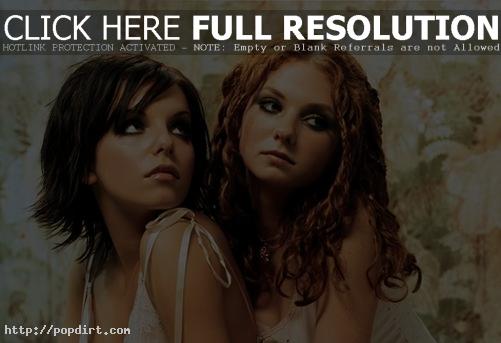 The t.A.T.u article that appears in Mixer magazine’s November issue has been posted. Lena Katina revealed that that in their short careers as t.A.T.u., she and Julia Volkova have already received death threats. “Some people have found out our cellphone numbers,” says Lena. “They call and say, ‘My girlfriend has started to be with girls after you and your fu**ing group, and I will kill you.'” She laughs shortly. “Other than that, people will come up to us and shout, ‘t.A.T.u. – sh**!,'” Lena waves her hand dismissively. “We know they can’t do anything. We do what we want. We are free.” The msn groups scans of the magazine have since been removed.