t.A.T.u. performed ‘All the Things She Said’ on the Late Late Show with Craig Kilborn last night. The Russian duo already appeared on NBC and ABC, and CBS momentarily shot them kissing, but most of the time showed the drummer, while you could hear the audience cheer wildly. Tonight, FOX will get their chance to censor or not to censor when they perform on Mad TV. Read on for some vidcaps. 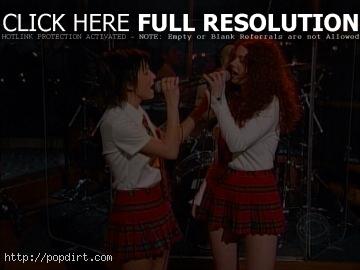 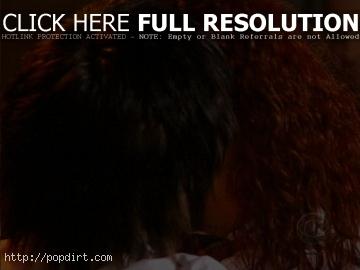 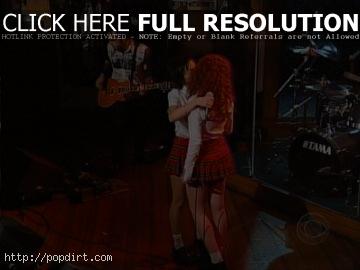