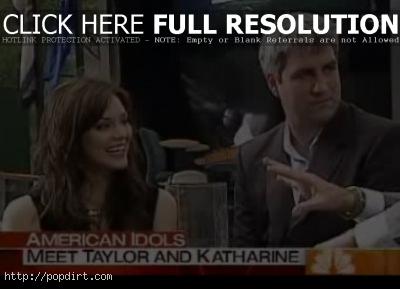 ‘American Idol’ season five winner Taylor Hicks performed his first single ‘Do I Make You Proud’ and the Doobie Brothers’ hit ‘Taking It To The Streets’ live on the Plaza as part of the ‘Toyota Concert Series on Today’, while show runner-up Katharine McPhee performed ‘Somewhere Over The Rainbow’. The pair also spoke with host Matt Lauer about their newfound success and whirlwind lives since the show.

Video of the performances and interview at Bing.com has since been removed.