Tegan And Sara On Naming Their New Album ‘Heartthrob’ 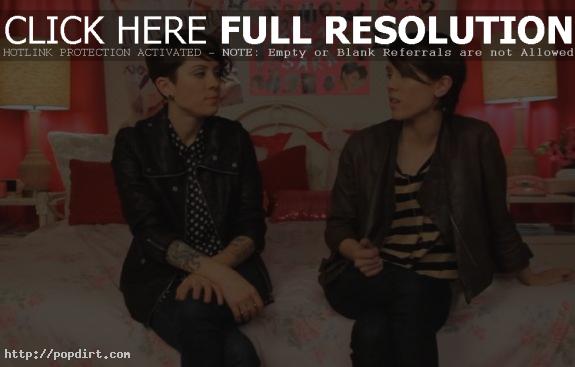 Tegan and Sara Quin discussed how they came up with the name of their seventh studio album ‘Heartthrob’ in a video for The Warner Sound. ‘Heartthrob’ was released by the sibling duo in January, led by the single ‘Closer’.

“I think that the master list for naming ‘Heartthrob’ when it was still untitled was nearly a hundred different names,” Tegan explained. “Finally, you and I, we had a fight actually, because you had finally got to a point where you were like, ‘Let’s just pick this one’, and it really wasn’t resonating with me, so we went through this list of like a hundred names, and we picked the five we were loving the most, and I e-mailed them to you, and you e-mailed me right back, and you said, “‘Heartthrob’. I like that one. I never saw that one’, then you and I started brainstorming on how that title fit the record conceptually.”

As for how the previous album title influenced the decision, Sara said, “The title of this record would be almost the opposite of ‘Sainthood’. I didn’t want a passive title. I didn’t want something that made us sort of seem martyred. I wanted something that was very confident because we were feeling so confident about the album we made.”

Explaining why she bought into the title, Tegan said, “‘Heartthrob’ really fit for me because I love the concept of it. I idolize the people that I date. I truly put them up on a pedestal, so it really resonated with me for that reason.”