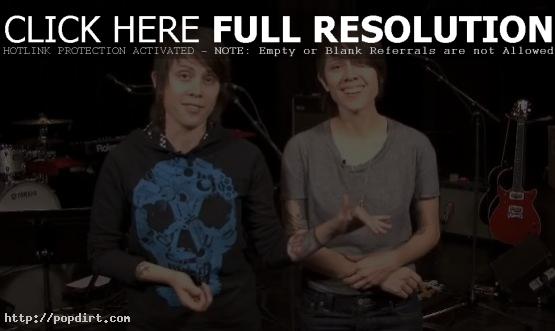 Tegan and Sara are touring the US this fall in a final tour supporting the Con. The twin sisters posted a video on their YouTube channel to talk about the tour, and plans to play new and unreleased songs this time.

“We’re here making a video because we don’t really have anything else to do,” Tegan said. “There’s not like a whole bunch of things like banking and haircuts and songs to learn and tour to put together and bags to pack and our birthday tomorrow and mom to prepare for her arrival in a few hours, so instead we decided to make you a video.” 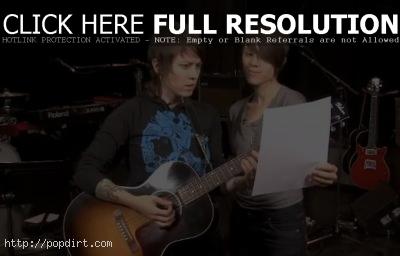 Tegan also added that they’ll be playing new songs on the tour. “So we wanted to prepare the people out there that have tickets for a different kind of show,” she explained. “We’re gonna be doing some unreleased songs, some songs that were going to be released on the ‘I’ll Take the Blame’ EP that you maybe got online and if you didn’t get it online and are thinking to yourself, ‘Oh my god I just want a hard copy of it’, we’re selling it on this tour. At the end of the tour, the last show in LA we’re actually auctioning off Sara and all of her clothes, which is really exciting. We’re really excited about that. We always say that we’re gonna play certain songs and we never do, (but now) we’re gonna do it. We’re gonna re-enact what happened last night, because Sara smoked pot all day yesterday and passed out at 5 and slept for like three hours, and I practiced and came up with an amazing thing.”