Tegan And Sara To Open For The Black Keys On U.S. Tour Dates 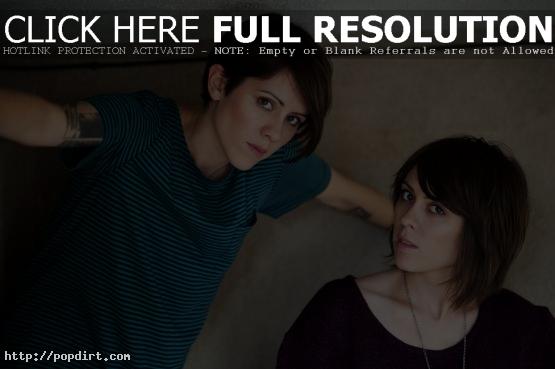 Canadian pop-rock sibling duo Tegan and Sara have announced that they will hit the road with The Black Keys for the extension of their U.S. Tour later this year. Additionally, the girls are confirmed to play Austin City Limits this October. The official ACL lineup was announced the other day and can be seen in full on the festival’s website.

Over the last couple months, Tegan and Sara have been hard at work recording their new album. The Quin sisters have been in the studio with Greg Kurstin, Mike Elizondo, and Justin Meldal-Johnsen.

Tegan and Sara lend vocals to two tracks on Grammy-nominated Morgan Page’s new album ‘In The Air’, including the single ‘Body Work’, which they also star in the video for.