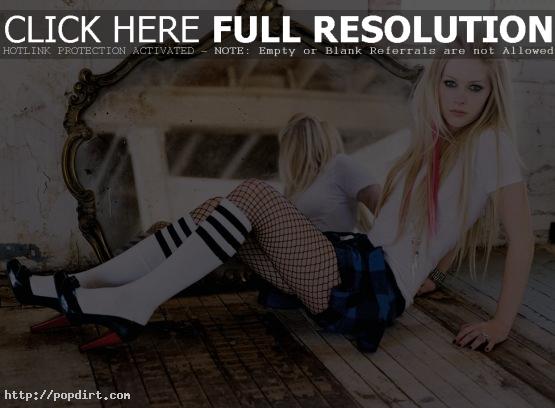 Nettwerk Management CEO Terry McBride, who represents Avril Lavigne, claimed to a MusicTank panel in London that “there’s about a $2 million check waiting for her for all her YouTube plays”, especially given that Avril’s video hit ‘Girlfriend’ has been viewed a record 93 million times.

McBride also argued that song downloads should only cost 25 cents, while an album would cost under $4. “You’d see a huge shift,” he told MusicTank. “We haven’t even given kids the choice to show us this tipping point yet … the profit margin in the digital space is about 300% that inside the physical space.” Listen to a podcast of the event at musictank.co.uk.

July 26, 2008 – An insider tells Star magazine that Avril plans on having her vampire-like front teeth rounded off. “Avril hates her fangs,” the source explained. “She is planning on having them filed down by a cosmetic dentist. It’s just something she has always been insecure about, especially since everyone is staring at her mouth when she sings. As soon as Avril finds some time to take off so it won’t interfere with her singing, she’s getting it done!”