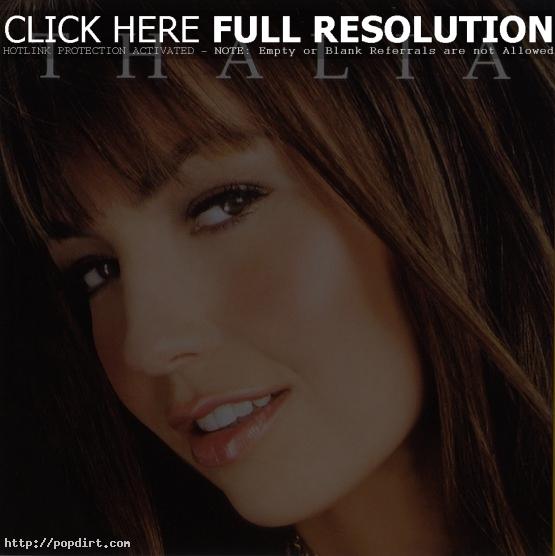 Thalia is set to storm the English pop scene once again. Her debut single, “I Want You,” will finally receive its U.K. debut, with the release date of April 26th. Meanwhile, her debut U.S. album, “Thalia,” is getting a facelift and will include half the songs on the original album and half new songs. The EP originally planned was cancelled in favor for this idea. The album’s title is, “I Want You.” The release date for that is July 27th in the U.S. and August 23rd in the U.K. “Forget Me Not,” will now not be the first single, however the single will be one of the tracks below. Read on for the complete U.S. tracklisting.

The album features 7 new tracks and one updated track. Thalia’s debut album sold 100,000 copies and this time around she hopes to double that.

Thalia’s ‘Back For More’

Thalia is ‘Back for More’, judging from her new EP title. Thalia is set to drop her new English EP, ‘Back for More,’ June 15th and is headed by the single, ‘Forget Me Not’, (originally titled ‘Not Forgotten’) and features “crunk” rappers Lil Jon and the Eastside Boys. The song drops to Pop, Rhythmic, and Urban radio April 6th. The album’s tracklisting received a facelift from the original one released last month. Read on for the complete tracklisting.

The tracks range from the salsa tinged, “Let’s Dance,” to the Lil Kim flavored “Baby Take a Ride,” and to the acoustic guitar ballad, “Don’t Let Go.”

February 18, 2004 – The New York Post has more details behind Thalia’s run-in with Paulina Rubio at her performance at Bongo’s Cuban Cafe in Miami. “[Thalia] was on the verge of having a major hissy fit,” a spy revealed. “The two have been competing this week for [Billboard] chart positions, and Paulina’s new single [‘Te Quise Tanto’] just topped Thalia’s [‘Cerca de Ti’] on Billboard’s Latin Charts.” The spy laughed: “If looks could kill, Paulina would have been dead.”