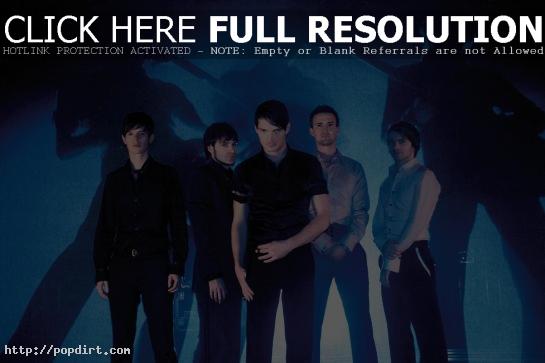 Richard Jones of The Feeling did a Q&A on the band’s official web site, where the bassist and husband to Sophie Ellis Bextor revealed the band’s sophomore album is pretty much complete. “Basically done, but it’s self-produced and we’re an*l [censored because of search engine image filters], so we will keep tweaking until they literally force it off us,” he said. “The deadline is supposed to be in two or three weeks, so we’ll keep going ’til then. We’ve even started a couple of new songs.” Jones also revealed they haven’t come up with an album title, despite a claim on their Wikipedia entry that it was to be named ‘The Moon’.

The entire post, including news on the band playing at Wembley Stadium before the Miami Dolphins vs. New York Giants game on Sunday in London, featuring pictures, has since been removed at thefeeling.co.uk.