The Feeling Frontman Talks About Opening For Aerosmith 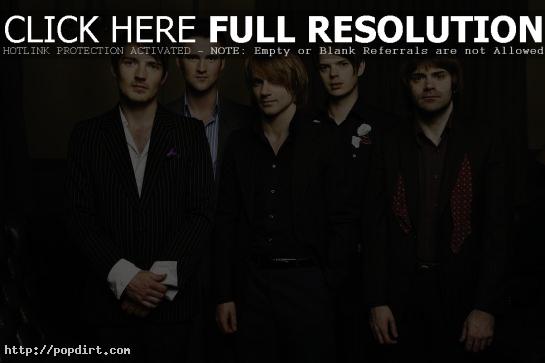 The Feeling’s blog features a Q&A with frontman Dan Gillespie Sells, who talked about the reaction to the band when they opened for Aerosmith in Dublin the other night. “They hated us in the beginning, but then I think we won them over, like we do,” he said. “But I think the more camp side of what we do made them feel embarrassed because they’re so macho.” Asked if they got a chance to meet the veteran rockers, Dan responded, “No. Rich already met Steve Tyler at the Brits, though. But they came in in their special cars a few minutes before they were on the stage and then as soon as they came off the stage they were straight in their cars and off. That’s exactly how I’m going to do it when I get as big as them. We have actually done it at a gig before, but only because we had to get a flight. So it was straight off the stage and onto a bus. That’s the rock ‘n’ roll way to do it.”