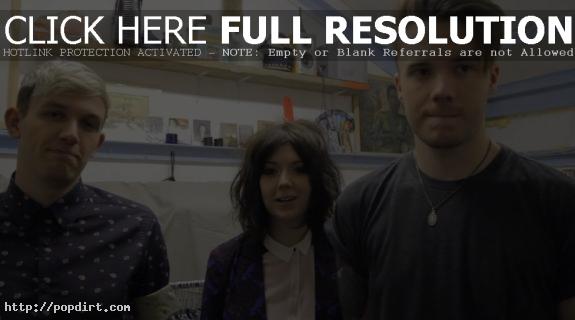 George Hinton, Sarah McIntosh and her brother Hamish of The Good Natured are out with behind the scenes footage from their ‘5-HT’ music video, off the English synthpop group’s upcoming debut album. After shooting the final scene, director Nick Bentley said, “We just finished shooting now. We just cleared the set. There’s a whole bunch of things in this video, like kaleidoscopes. It’s sort of influenced by ‘Blue Velvet’, the David Lynch film. I hope you like it.”