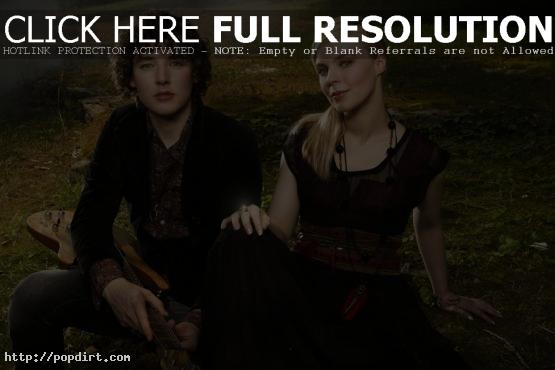 The Green Children, comprised of Milla Sunde and Marlow Bevan, are a musical duo whose songs blend pop with post-modern dance beats. The two European-born songwriters will release their debut full-length ‘Encounter’ on October 12th in association with Knightingale Entertainment and Los Angeles-based Spinside Records. ‘Encounter’ will feature 12 original tracks ranging from dance-driven to acoustic ballads including ‘Tell Me’, ‘Black Magic’, and the album version of the new single ‘Dragons’.

The Green Children’s first single off of ‘Encounter’ titled ‘Dragons’ has received special remix treatment from Paul Oakenfold. The upbeat dance track can now be heard on Soundcloud and purchased on iTunes. Three other remixes of ‘Dragons’ by Digital Dog will hit clubs on September 21st. Listen to the album version and remixes via Soundcloud below.

The band’s music reflects their influences ranging from underground electronica to alt-rock and classic pop. Lead singer Marlow says, “Our songs come from the heart and the spirit. Sometimes it feels like we almost channel things that have happened along the way. We don’t have any rules about making music.”