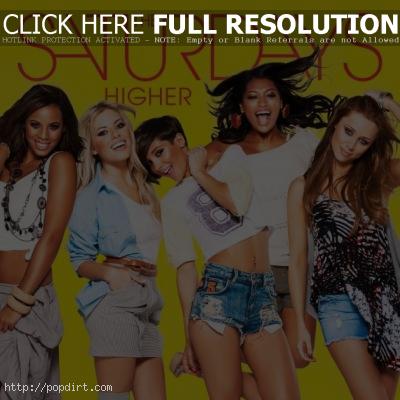 The Saturdays, featuring Una Healy, Mollie King, Frankie Sandford, Vanessa White and Rochelle Wiseman, are out with the music video to their new single ‘Higher’, off the British girl group’s mini-album ‘Headlines!’, out now on Fascination Records. The Taylor Cohen directed video was filmed against a New York backdrop at Fox Studios in Los Angeles. Watch it below.

2 thoughts on “The Saturdays ‘Higher’ Video”