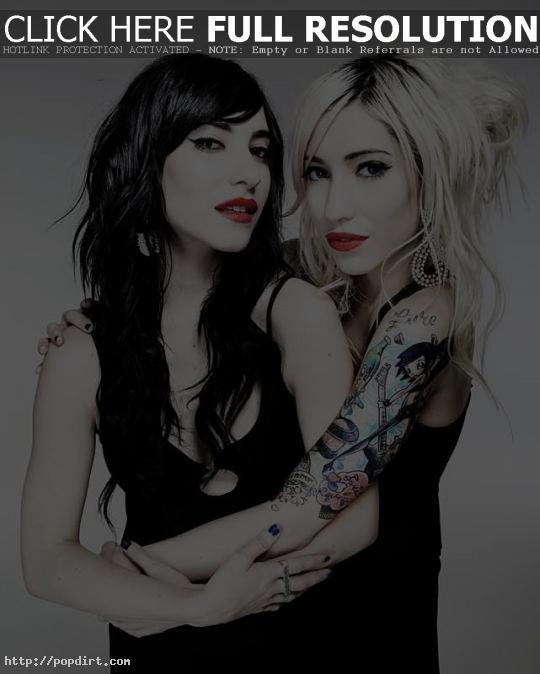 The Veronicas posted an update on their official web site on Monday (November 30), talking about work on a follow-up to ‘Hook Me Up’. The Australian pop rock twins write:

Lis and I thought we would send a little update with what we’ve been up to the past couple of weeks. Things might seem quiet, but the past few weeks we’ve been shacked up making a lot of noise in Brisbane with Jungle George, writing and recording for our third record. We’ve been experimenting with a lot of different sounds for this next record – citing influences from The Subways, The Dead Weather, Mazzy Star, Ladytron and Peaches. We’ve also been doing some writing collaborations as well with Erinn and Matt from Streamer Bendy, and also the amazinng Suzi Quatro (yes that’s right). Also, we’ve been relaxing a fair bit, before we head back to the UK next week for the big Xmas show in London. We’re going to do a video blog while we are in London to say hiii to you cute kids out in Youtube world! (when I say kids.. I don’t actually mean kids.. I even call my older friends kids..ha.) Welllll I’m off to meet up with Jungle and some mates to see a gig! So I’ll speak soon <3 Keep on loving <3 Jessssica and Lis

«Jason Castro Is Thankful
Katy Perry Songwriting Up In Vegas»