The Veronicas Check In Before Joining Jonas Brothers On Tour 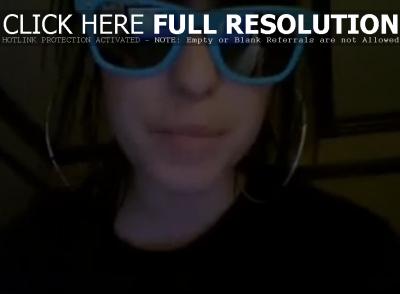 The Veronicas checked in with fans on their YouTube channel, as the Brisbane twins were about to jump on the tour bus and head to Ohio for their first show with the Jonas Brothers on Friday at Blossom Music Center in Cuyahoga Falls. Lisa Origliasso showed off her expensive new Michael Jackson t-shirt, and she panned over to sister Jess who was lying on the bed coughing, asking fans to vote for them on MTV.com for ‘Untouched’ at the VMAs.

Talking about her latest clothing purchase, which she was wearing, Lisa said, “I got this cool Michael Jackson shirt. It only cost me half of what I would pay on a house on the river in Sydney. But I love it so I don’t care. It made me feel good. You can’t put a price on mental health and I think that mentally I am healthier because I got this shirt.”

As for why her sister was missing in action, Lisa said, “Jess does not want to be on the blog because she’s lying in her bed looking beautiful, but she would beg to differ.”

“If you don’t vote for us on MTV, it’s all over for Jess, and I will finally get my dream of becoming a solo artist,” Lisa joked.