The Veronicas Check In From London 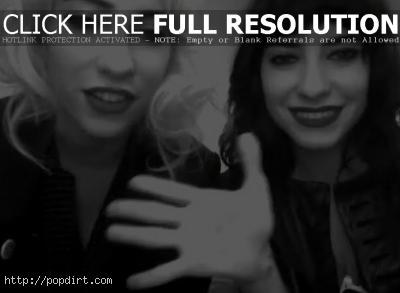 Lisa and Jess Origliasso of The Veronicas posted their first new video on their second YouTube channel since their first one was suspended for some reason. They had just done a 1940’s themed photo shoot for The Mirror and said their album gets a UK release on October 12th. The Australian twin duo also got to walk Abbey Road on their trip.

“We’re here in London. Loving it,” the pair said. “Actually finishing up a photo shoot for The Mirror newspaper, and it was a 1940’s theme, so we’ve got this rad hair. Anyway, we just wanted to make a quick video and we’re gonna take a few more as the week goes on and post them up. We have some exciting news, our record is coming out in the UK on October 12th.”