The Veronicas Going On Tour With The Jonas Brothers 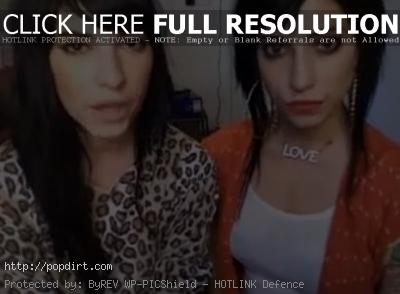 The Veronicas posted a video update on their YouTube channel, with twin sisters Lisa and Jess Origliasso playing it cool during a conversation until they dropped news they were going on tour with the Jonas Brothers, then teenybopper screaming ensued.

Then Lisa followed up with another clip offering some more details on the tour, which is kicking off August 24th at First Midwest Bank Ampitheater in Tinley Park, Illinois. In addition, their new album ‘Hook Me Up’ gets a U.S. release on August 26th.

“I hope that you didn’t go deaf from our last video message,” Lisa said, “and can actually understand what I’m saying, I hope. We’re very excited obviously, you noticed, about the Jonas Brothers tour. I’m sure everyone in your whole neighborhood can hear how excited we were about that one, so sorry about that.”

As for the new music, Lisa added, “More exciting news, Jess just fainted over this one, so that’s why I’m doing this message, is that our album ‘Hook Me Up’ is going to be released in America on August 26th, so we’ll be rocking out on tour when that’s released, which is very exciting for us. Go crazy. We’re so excited about that.”

Watch the messages below.