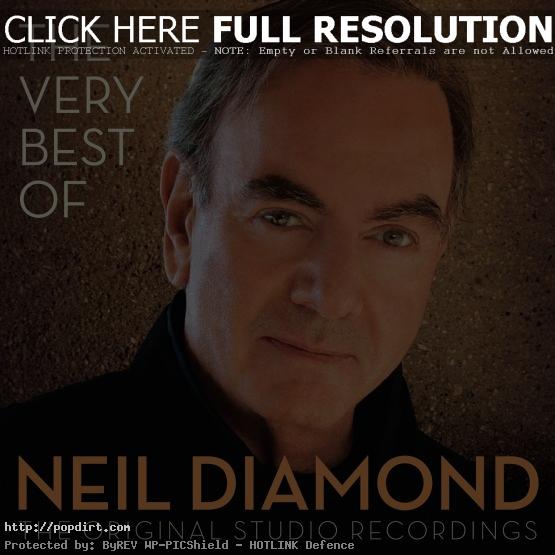 ‘The Very Best of Neil Diamond – The Original Studio Records’ includes his first pop chartings as a writer/performer for Bang Records in the mid-1960s; his hits for Uni/MCA (1968-1972); music from 1980’s The Jazz Singer (his 5x platinum-selling soundtrack album on Capitol Records) and studio essentials from a long-running association with Columbia Records that began in 1973 with the Jonathan Livingston Seagull soundtrack album and runs through a pair of Rick Rubin-produced albums: 12 Songs (2005) and Home Before Dark (which became Neil’s first Number 1 album on the Billboard 200 in 2008).

Also included is “Recollections,” a revelatory set of liner notes penned by Neil especially for this collection, providing anecdotal detail and behind-the-scenes point-of-view insight into each of the songs.

In his reflections on “Hell Yeah,” the track that closes the album, he writes, “‘Hell Yeah’ is an affirmation of a lifetime spent devoted to music and my attempt to find a personally satisfying life for myself beyond the music. I have that life now but it was a much harder job than I thought possible. Still, well worth all the years and all the tears.”

In closing his “Recollections” for The Very Best of Neil Diamond – The Original Studio Recordings, Neil says, “I wish I could personally thank the hundreds of musicians, arrangers, and engineers who, along with the producers, spent long days and nights in studios around the country to make these recordings vibrate and thrill. As a songwriter I can only humbly bow down and thank them all from the depths of my heart for giving wings to my dreams.”