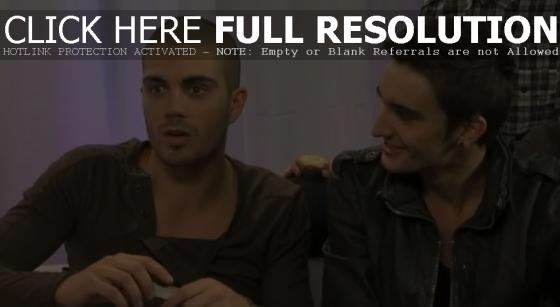 Max George, Jay McGuiness, Siva Kaneswaran, Tom Parker and Nathan Sykes of The Wanted spoke with Roberto backstage at 95.8 Capital FM’s Jingle Bell Ball 2010 in London over the weekend. The British boy band discussed Max’s armpits, what fans can expect from their O2 performance, their Twitter fans, rumors they heard about themselves on Twitter, and the strangest gift they’ve received from a fan before they took the Chubby Bubby Challenge and tried to beat the guys from McFly. Watch it via YouTube below.