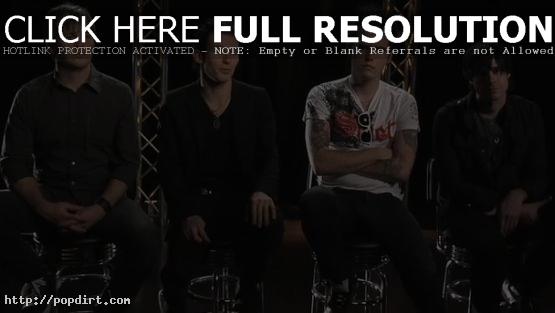 Chicago’s hit group The White Tie Affair sat down with Wal-Mart Soundcheck for an interview. Guitarist Sean Patwell, vocalist Chris Wallace, drummer Tim McLaughlin and keyboardist Ryan McLain discussed the evolution of the band, the source of inspiration, and how the guys are making the best of every situation no matter how big the crowd is, no matter what it takes.

“When we first started, we kind of wanted this band to be about the music and stuff,” Chris said. “Sean and I were in a more rock based band before this, and these guys were in a rock band locally, and we just kinda wanted to do something a little bit different. So we put up a MySpace and a couple other like PureVolume sites and YouTube and we didn’t put up any pictures or anything like that. You know, we’re just gonna try something completely different and see what happens. Just make it about the music, about the songs. From that it kind of went viral a little bit. People freaked out going who are these people. They thought they were another band members and stuff like that. It was really just us. We’ve always been here but we changed our name.”

Check out the interview video at soundcheck.walmart.com.