There’s No Illuminati Behind Natalia Kills 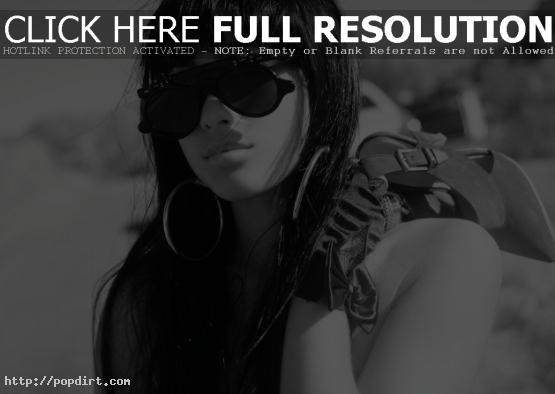 Natalia Kills got into a Twitter exchange with a film student on Twitter on Sunday (April 17) after it was suggested the singer was part of the Illuminati. The exchange went as follows:

Jordan Lewis (@jordanlewis_): I was liking @NataliaKills so much that i didn’t realize that she was a part of the @Illuminati :( lol

Kills: @jordanlewis_ oh I almost forgot to pay my $4.99 annual Illuminati membership! Thanks for reminding me ;-) ha ha!! Are you for real? xx

Jordan: Your video ‘wonderland’ had a lot of imagery that made me wonder (skull ring, sacrifice, colors, eye). i just made observations @NataliaKills

Jordan: plus blatant message play with lyrics. I don’t care what your team is trying to say to us (don’t believe, we are alone)? come on lol @NataliaKills

Jordan: I respect your artistry though. I’m film studies major & love your “mirrors” homage to silent films and your album is amazing. all <3 @NataliaKills Kills: @jordanlewis_ I wrote the treatment for Wonderland and directed it (with G.) and even though all my opinions are subliminally flashing, I can assure you there's no 'team' or 'Illuminati' stuff going on. Just me and my brain babe! I know we're meant to read into the depths of art and its hidden meaning but sometimes things are what they are and there's nothing more to it. I like red. I think things like "fu** love" ...and "don't believe in fairytales", but that's all it is! I'm no genius or clan member, sorry to disappoint :-/ Kills: + I wanted to make a film that visually impacts as those feelings impacted me when i believed in fairytale love + suddenly had to face reality Jordan: THANK you for clarifying. I just hope that artists like you that have much influence do not take advantage of things like that @NataliaKills Jordan: And it's a video with many interpretations. I know it and you know it lol. Everyone will interpret it differently. @NataliaKills Kills: @jordanlewis_ I'm glad you like it! Simply, I think love can feel like brainwashing, like your heart is being cut into, it can feel violent Jordan: Well regardless I think you are an amazing artist/director. I hope to one day do what you do:) thxx @NataliaKills Kills: @jordanlewis_ thanks sweetheart, you're observant, you'll do great xx

3 thoughts on “There’s No Illuminati Behind Natalia Kills”