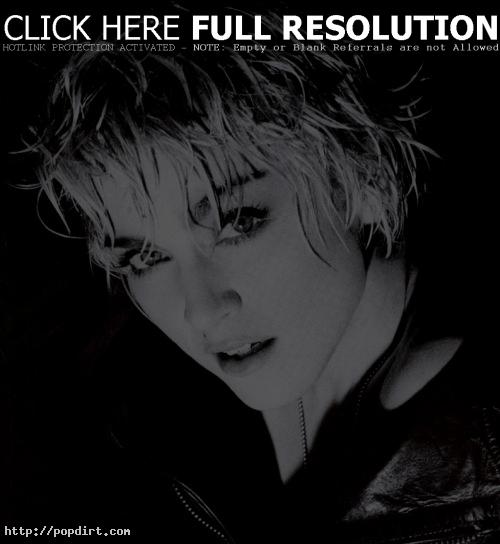 After hearing about Madonna’s former lesbian lover Sandra Bernhard sneaking into a ‘Swept Away’ show, feminist Camille Paglia says Madonna’s falling out with Bernhard was one of the worst things Madonna ever did. “A pivotal moment in Madonna’s biography, in my view,” Paglia told the Post, “was the tragic failure of her friendship with the brilliant Sandra Bernhard – from whom Madonna got her Kaballah thing, incidentally. Bernhard has all the wit, analytic edge and mastery of words that Madonna desperately needs. But no independent mind lasts long in Madonna’s inner circle. She surrounds herself with either flunkies whom she can boss around or pseudo-parental figures with whom she bickers. She has no gift whatever for deep conversation.”

October 15, 2002 – Former Madonna lesbian lover turned bitter enemy Sandra Bernhard was caught watching the Material Girl’s new shipwreck of a movie ‘Swept Away’ in New York City, where she was quizzed afterwards by a reporter what she thought of the film. An embarrassed Bernhard said, “It was fine,” later saying, “It was OK.”

October 15, 2002 – Craig Kilborn joked during his Late Late Show monologue on Monday, “The C.I.A. Says Saddam Hussein may be developing the biggest bomb in history. Uh-huh. A film starring Steven Seagal and Madonna.”