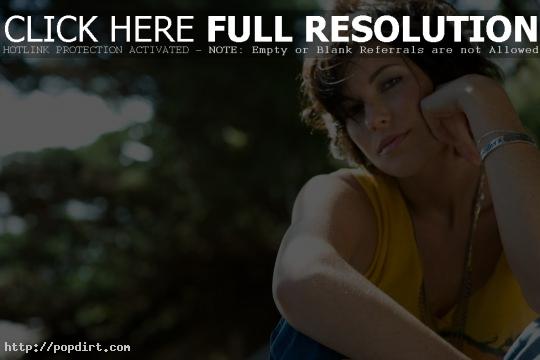 Tristan Prettyman checked in with fans on her blog at MySpace (@tristanprettyman), talking about getting fellow singer songwriter pal Anya Marina hooked on surfing, and how humans have impacted the oceans. Prettyman writes:

My family has been an active member and participant in the Surfrider Foundation since as far back as I can remember. When I started playing music, I was able to get even more involved; I donated a track I did with Dave Quicks to the ‘Music for other Mother Oceans CD’ and this past year I did a whole bunch of beach cleanups around the country… from the beaches of Montauk in New York, to Lady Bird lake in Austin, Texas and onto Ocean Beach in San Francisco. Picking up trash and raising awareness everywhere we went. Our oceans, lakes and waterways are becoming so polluted these day, and its up to us to turn it around. I cant even believe how many cigarette butts I saw at some of the beaches, and to be honest, I can’t even imagine why anyone would have the desire to smoke on a beach in the first place… but if the beach inspires you to light up, HOLD ON TO YOUR BUTT! Something I noticed when I was England; there are a lot of smokers, but everyone holds on to their butts, they even have these nifty little containers they put them in… especially in the beach communities I visited. No one litters, it’s highly shunned upon, it’s not cool. Littering in general is not cool, so put your shizzy in the trash can already. So much of our litter, even yours – beautiful person that lives in the middle of the country, ends up on people like me’s local beaches. So put it in the trash, put in the recycle or throw it in a compost bin.