Tristan Prettyman visited Walmart Soundcheck to promote her new album ‘Cedar + Gold’, a record that chronicles her breakup with singer Jason Mraz. Prettyman also performs an exclusive five-song set, including ‘My Oh My’, ‘I Was Gonna Marry You’, ‘Quit You’, ‘Come Clean’ and ‘When You Come Down’.

During the interview, the tattooed San Diego singer songwriter talked about why she titled the new album ‘Cedar + Gold’, the process of writing songs for the album, working with producer Greg Wells on the project, what inspired the song ‘Come Clean’, playing the songs from the new album live, how some fans talk about how she has put their life into song.

Discussing the story behind the album’s name, Tristan said, “The title of ‘Cedar + Gold’ kind of comes from a long winded story, but I’ll try to compress it as best I can. There’s three main components to how I came up with the title. The first has to do with the house that I live in, which is also the house that I grew up in until I was four. It’s the house my mom was pregnant with me in. My dad bought this house in the ’70s, lived there, met my mom, and now I just moved back into that house. The second part is, I was having lunch one day with my friend. He was talking to me about alchemy. He was working with this alchemist and he was explaining to be about alchemy, the process of turning lead into gold and he looked at me and said it’s essentially what you’ve been doing with your music. You’ve been turning all this stuff that’s been happening to you into positive, making something beautiful out of it and making your art with it. I really loved that concept. Alchemy is sort of mystical and magical. I took that and I dwelled on that for a couple of days. One day I had a dream. I woke up from a dream where my grandmother literally came to me. She was like the genie in Pee Wee Herman, the head. I just saw her face right before I woke up and it was her, she just said, ‘Cedar and gold’. I walked out into my living room and looked at the living room and thought, ‘Oh all the walls are cedar. The ceiling is cedar. I like to say the cedar of my living room held the space for me to make the songs and make them into gold.”

On the songwriting process, she said, “When I started writing it, I thought this is definitely going towards kind of a breakup album. As I began to finish the record I could see the journey of the record really started after I stopped touring on the last album, which I got really burnt out on music. I wanted to just take some time for myself. I wanted to travel and find my anchor again. I was feeling very lost. I didn’t even know if I wanted to keep playing music and it’s sort of like starting over again because when I started writing music in the first place, it came from that place. Music was just this thing that I went to because I needed to purge these things or get my emotions out or tell a story. In a roundabout way all my travels, I also had a vocal surgery, two polyps removed. I got back together with an ex-boyfriend and got engaged and un-engaged and music was the first place I ran to. Most of these songs were written in the moment right after a fight, right after a conversation, right after getting a voicemail. I showed up at the writing session and the guy is like, ‘What do you want to write about?’ ‘I want to write about how I was going to marry this person’ and I said I want to put that in the song. He looked at me and said, ‘You really want to go there?’ ‘Yes, I don’t know how else to say that except just to say it’.”

Talking about writing the track ‘Come Clean’ with a friend, she said, “He sort of had this idea for the song about coming clean. Come clean when things get blurry, when they become hard to understand, when lines are crossed, and I had recently been in a situation where I had crossed a line. That song is about you have something happen and it’s not something you had planned to happen. You never had it planned, but for some odd reason, you got yourself in a pickle and now you’ve got to get yourself out of it. You’ve got to take responsibility and own up to what you did. It’s basically admitting when you’ve done wrong.”

Watch the live set and interview at soundcheck.walmart.com/tristan-prettyman. Check out additional pictures from her appearance after the cut. 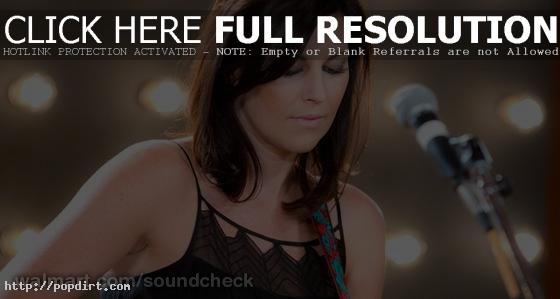 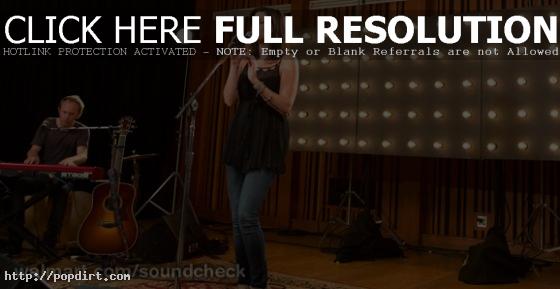 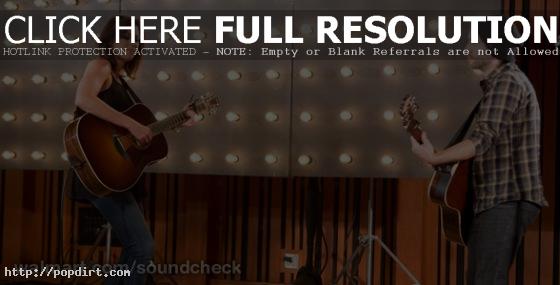 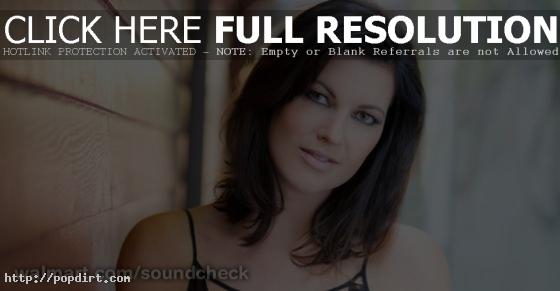 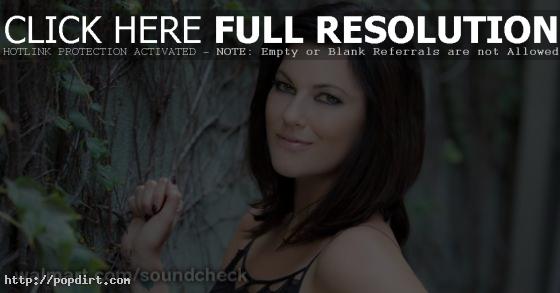 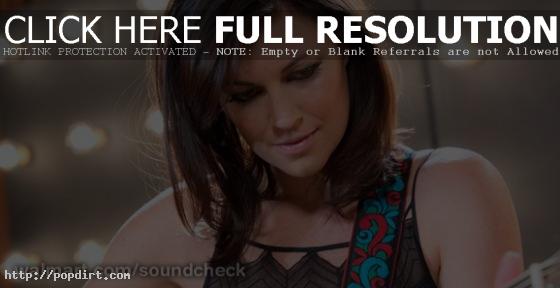