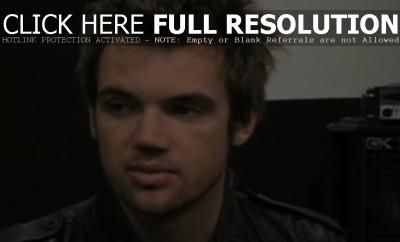 Tyler Hilton checked in with fans, wishing fans a Happy New Year, offered one word for 2008, how moving to Nashville was the best thing that happened to him in 2007, his ideal Samsung phone for the future, and how he thought about buying a new phone all year because his was the cheapest you could buy.

“I guess if I had to come up with one word that’s my personal thing for ’08, I guess it would be forward,” Hilton explained. “Because I just am trying to do a lot of forward thinking. A lot of this stuff I’m doing right now is going to be happening next year. I’m looking forward a whole bunch.”

Watch the clips below (note: the Happy New Year video has since been removed).