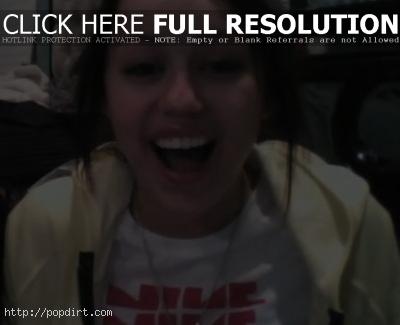 Tyra Banks was on the phone with ‘On Air with Ryan Seacrest’, where she confirmed she has a role in the new ‘Hannah Montana’ movie, which Ryan learned about receiving a text message from Miley Cyrus.

“I love her,” Tyra said. “Isn’t she the sweetest thing? There’s something about her, cause I hung out with her all day on set, and I found her to be still a little girl even though she’s maturing in this industry.” Tyra was coy about her role, but said she and Miley “do get into a little scuffle… We’re going down, it gets violent.”