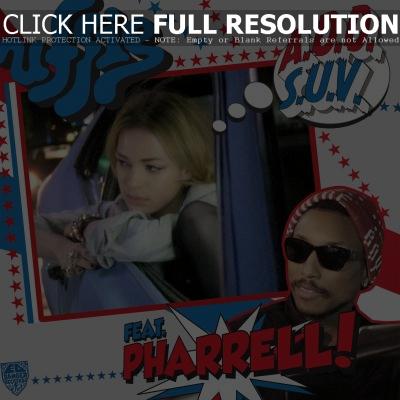 Uffie is out with the music video to her new single ‘A.D.D. S.U.V.’, featuring Pharrell Williams, off the Paris, France based electro artist’s debut studio album ‘Sex Dreams and Denim Jeans’, out now on Ed Banger Records and Elektra Records. Uffie described the single as “poking fun at the rap fraternity’s obsession with possessions, particularly their cars.” Watch it via DailyMotion below.