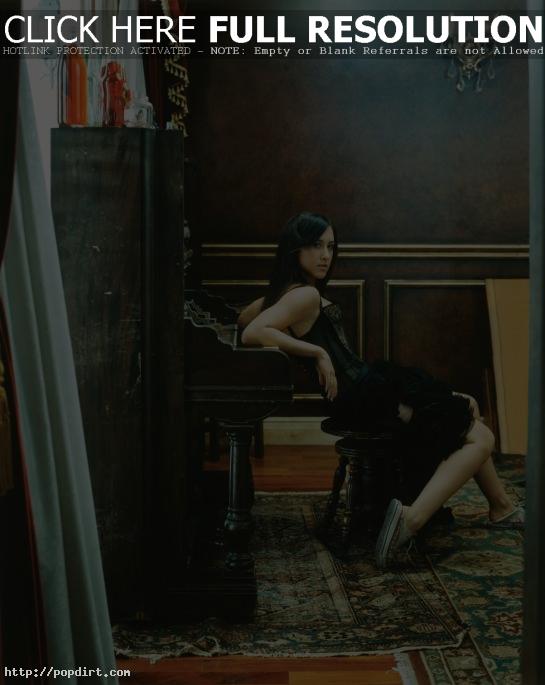 Vanessa Carlton is catching some heat from fans after her interview with Blender magazine, where they followed the singer around including a trip to a New York strip club and “spiritual cleansing” afterwards at a Catholic church. Carlton, who is Jewish, wanted to offer a donation and confessed her sins but was thwarted when an actual service was going on. Carlton then told Blender: “I hope these people realize Jesus was just an uppity Jew.” Zapryan writes on VanessaCarlton.com: “I’ve no idea if she did but I have to say that I would be terrified if she really did say it. I thought she had more sense than to offend the most wide spead religion in the entire world.” Evanessa added, “It was very tasteless for her to say that.” Others rallied to Carlton’s defense.

October 19, 2004 – Vanessa posted a new message to fans on Saturday (October 16), after returning from a trip to Japan. “Back in [New York City] tonight,” Carlton wrote. “The Japanese rock. [I’m] so lucky to be able to travel to place like that. Anyway, I just walked out on a movie called ‘I Heart Huckabees’. I do that a lot lately. Getting ready for tour for the next few days. So psyched to get back out on the road. I hope you all get to make it! You guys mean so much to me. 3 weeks till the record “Drops”. finally! I think you’re all gonna dig it. Talk soon. Night, v.”

October 16, 2004 – Vanessa Carlton posted an update and correction about her tour to fans on October 3rd. “As far as I can tell some dude made up some story about me touring with a 17 piece orchestra this month,” Carlton said. “What I want to know is why 17? Anyway, it’s not true. As I said before, it’s just me, you, and a piano this tour. It’s super intimate. See you all there. By the way, I’m in Brazil and it’s raining. Bummer. Off to Rio tomorrow! Never been. I’d like to recommend one of the best films I’ve ever seen in my life (it happens to be about the ghetto outside of Rio), it’s call ‘City of God’. Please rent it. Peace, v.”

September 26, 2004 – Vanessa checked in with fans on her official website on Thursday (September 23), promising the site will be updated soon in celebration of her forthcoming album ‘Harmonium’. Carlton wrote, “Just want you all to know that I’m just as annoyed about how ‘unrefreshed’ this site is as you all are. I swear to you the new site is coming. I just finished working on it with my awesome art team. Also, just wanted to say thanks for the support with ‘White Houses’. I’m so happy you dig it. More to come November 9th. Looking forward to seeing you all on the road. Be sure to come out cause this is as intimate as it gets (plus it’s favorite kind of environment to play in). It’s basically my living room tour. Hey, I should name it that! Anyway, you guys calling up radio stations is awesome. Looking forward to sharing this record with you guys. It’s gonna be trippy. Peace, v.”

September 26, 2004 – Vanessa was in studio with Jackie & Bender of KISS 106.1 in Seattle on Thursday (September 23). Carlton talked about what she’s been up to in between albums, working with her boyfriend Stephan Jenkins on her sophomore album ‘Harmonium’, touring, and more. She then performed ‘White Houses’. After her performance, they talked about her dogs and she wrapped up by performing ‘Afterglow’. The interview and performance clip has since been removed from kiss1061.com.

10 thoughts on “Vanessa Carlton: Jesus Was Just An Uppity Jew”