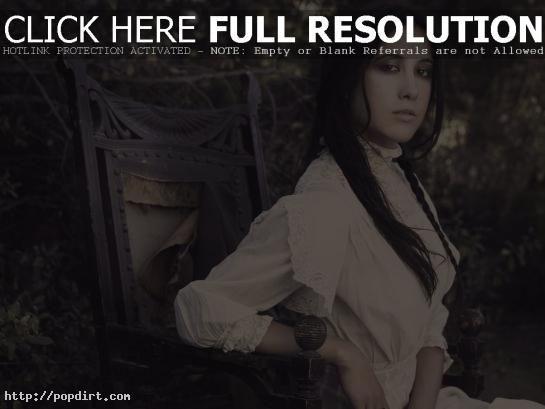 Vanessa Carlton called into the Mark and Mercedes in the morning show on Mix 94.1 FM in Las Vegas on Tuesday (October 16) to promote her new album ‘Heroes and Thieves’ and her Bite of Las Vegas gig. She talked about her pre-post show ritual with vodka, getting a dead baby shark from a fan, her MySpace posts, a silly story which claimed she didn’t like Mariah Carey, if she reads the gossip blogs, what’s up with her and Stephen Jenkins, how she came up with the new album’s title, choosing the first single, and more.

Audio at mix941.fm has since been removed.

October 11, 2007 – AT&T blue room features Vanessa, following the singer-songwriter as she films a VH1 special with her The Inc boss Irv Gotti. Vanessa talked about meeting up with Irv and the unlikely pairing, the new album ‘Heroes & Thieves’, influences on the disc, her musical beginning, developing into an artist, and more. Video at attblueroom.com has since been removed.

August 23, 2007 – Vanessa appeared on ABC News Now, where the singer talked about her new album ‘Heroes and Thieves’, discovering a domestic life after purchasing a home, life in Nolita, her friendship with Stevie Nicks, running the New York marathon, and listening to Bob Marley. The interview, aired Wednesday (August 22), has since been removed at kaltura.com. 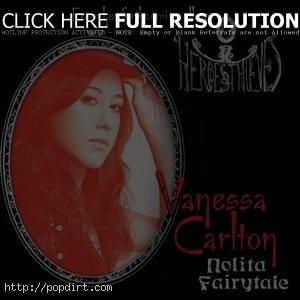 August 22, 2007 – Vanessa is out with the music video to her new single ‘Nolita Fairytale’, from her third album, ‘Heroes and Thieves’, out October 9th. Watch it below.

June 24, 2007 – Vanessa and Irv are featured in an interview in the NoLIta neighborhood of Manhattan talking about V’s new single ‘Nolita Fairytale’ from her forthcoming The Inc. debut ‘Hero’s And Theives’ out October 9th. Watch it at Vanessa’s page at TheIncRecords.com.

December 30, 2006 – Vanessa checked in with fans on her official web site’s forum on December 19th. “Hello all. Every year around this time my family and I go to Arizona to ride horse, hike, and soak in hot water with the occasional margarita,” Carlton writes. “It’s great. I am looking forward to next year with high hopes and genuine excitement. I’ve also found such a sense of peace over the past year. I hope the songs on this next record reflect these last two years in the most musical way possible. Just to remind everyone (in case you read an inaccurate article that makes you question) I am of course continuing on with my Vanessa sound (Ew, I hate 3rd person talk). Hopefully, I’m just becoming a better version of myself. There will not be any inauthentic, desperate to sell, musical sound changes goin on over her. Also, I’m gonna take the plunge and officially call this next record ‘Heroes and Thieves’ (will explain title next year). I love it love it. Also, I feel particularly thankful to have such attentive fans. Seriously. You guys are why I put my music down on tape in the first place. K. Gotta get on me horse. xxoxo v”

Gotti: Carlton Has Cred With ‘My Culture’

November 1, 2006 – The Inc. boss Irv Gotti has posted several messages on Vanessa Carlton’s official web site forum since introducing himself last weekend. In one message, Gotti wrote, “It’s funny though. Because I roll the windows down and blast ‘Ordinary Day’ (which I believe is arguable one of the hottest songs she has ever made. The way she is flowing and singing on that. And the words are all very special to me) and sing it at the top of my lungs. People in the hip hop world look inside and be like hey thats Irv Gotti. And then there like what the hell is he blasting in his Maybach. And I say that’s Vanessa Carlton. She is the SH**! Funny thing is alot of people from my culture already know and love V. It’s weird to me sometimes. It’s mostly from ‘A Thousand Miles’. When we went to London to go hang out with Jay-Z. I know she was a lil shocked with all the ‘Thuggish’ type guys that me and Jay know saying how they love her music. hahahahaha.”