Vanessa Carlton Talks ‘Be Not Nobody’ On ‘TRL’ 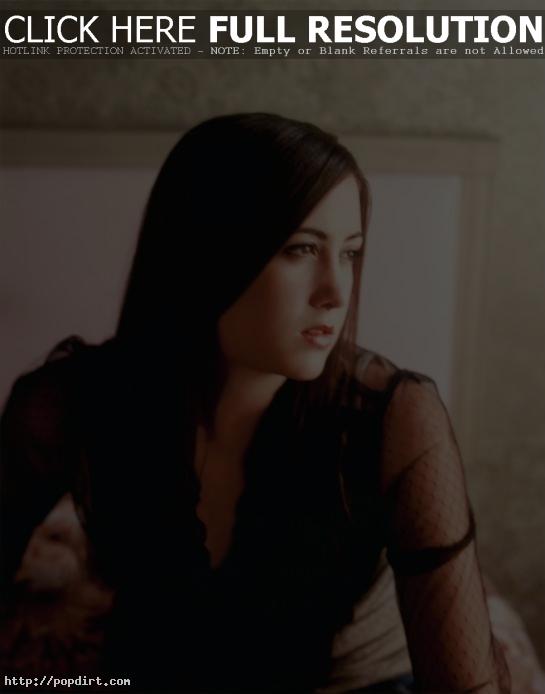 Vanessa Carlton was on MTV’s Total Request Live on Tuesday where she talked about her new album ‘Be Not Nobody’ and her latest single ‘Ordinary Day’. Carlton was also surprised by a few of her ‘Nessaholics’ message board fans who had brought several dozen roses and raised money to purchase over 1,000 roses for cancer patients in New York City which will be given out tomorrow. Read on for a transcript.

TRL: Tell us about the meaning of the title of the album.

VC: Uhm, I know it’s a double negative people yell at me all the time. It came to me in a dream, actually. And just the making of the album it was such an intense journey not just like music but me as a person growing up and — and kind of figuring myself out. I just felt like when I woke up with it in my head it was a phrase that just reflected the whole thing it made so much sense even though it really doesn’t make sense.

TRL: This is your debut album and with every debut album it takes so much to first of all get it together. What is the primary focus of the album? I know you are not only a musician but lyricist what do you want people to take away from the album, pay attention more to the music or lyrics?

VC: I think everyone they take something different from it. The order of the song and each song individually reflects a little like part of my head and just being a human being and being an artist and being a songwriter, I think no matter who you are, I think there is always something in it, like a common denominator that anyone can relate to so, I don’t know it is just me and me being honest and just being, I don’t know, a girl.

TRL: It’s great when you can make honest music. So many people are kind of fraudulent with what they put out there but it is dope you are puttin’ it out there like that.

TRL: Everybody knows “A Thousand Miles” it’s done so well, on the countdown here everybody loves, it, a great video.

VC: You guys have been so great

TRL: tell us about your next video.

VC: My next video is gonna be, a song called “Ordinary Day” and it’s one of the first songs I ever wrote. Do we have it?

TRL: It is just a little part.

TRL: Where was this filmed?

VC: Uhm, it was in the mountains in L.A. And actually that’s — you can’t really tell what’s going on because there’s — secrets. Secrets we are not ready to show you yet, things that go on in that video that are very interesting but you’ll see.

TRL: That’s a tug so y’all stay tuned. You know what we are doing with all the special requests all you need is one vote to make a request today and you, too, have a vote Vanessa so there any video you would like to see maybe you haven’t seen in a while?

TRL: all right this was Vanessa Carlton’s pick P.O.D.”Boom” that’s a really fun one.

TRL: Before you take off we had really, really huge fans of yours come out really early thing this and there’s just a little something they want to give you so if you guys would like to come out, these are the Vanessa-holics give them a round.

VC: Look at this. Look at — wow! I’ve never seen so many roses in my life.

TRL: This is sick.

VC: I really feel like “Miss America” I should be crying. Thank you.

Nessaholics: You are welcome. Vanessa over a hundred of your fans got together to donate over a thousand roses to cancer patients in New York City tomorrow morning we’ll take them down there and these are some of the thousands.

VC: Oh, gosh. I have the best fans

VC: i don’t know what to do

TRL: Thank you guys so much for coming out

VC: This is unbelievable.

TRL: Have you seen this many roses?

VC: No it is like a prom. This is amazing.