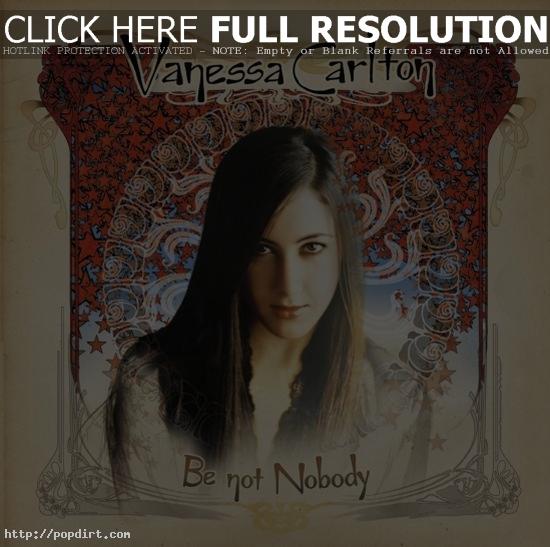 Sal Cinquemani of slant magazine reviewed Vanessa Carlton’s debut album ‘Be Not Nobody’ giving it 3 1/2 out of 5 stars. Sal called it a “sparkling debut” but while he said her piano skills soared on the album, “her voice hesitates. Carlton’s limitations are apparent and she rarely reaches the sonic heights of predecessors like Amos.” Read more.

May 1, 2002 – Kevin from Vanessa’s official site message board told fans today that one thousand roses were delivered to Memorial Sloan-Kettering Cancer Center this morning in New York. Kevin says the patients will be sending fans and Vanessa thank-you cards for the gift soon, and adds, “Now that this is done and I have done my thanks I must say that this has been a great experience.”

May 1, 2002 – Jon (aka bills50000), the former moderator at Mandy Moore’s official website message board was at Tuesday’s taping of MTV’s Total Request Live that had Vanessa Carlton as guest. The former moderator turned ‘Nessaholic’, who was ousted reportedly by Mandy’s insistence following his unwelcome visit to her Florida home, gushed on Carlton’s message board earlier this evening, “Just needed to say that Vanessa is terribly sweet, and that was the best performance I’ve ever been to.” For reference to which one he was, Jon posted in another thread, “I was the one in the blue MTV shirt.”

April 30, 2002 – Audrey Diehl of Teenmag.com caught up with Vanessa ahead of the release of her new album, ‘Be Not Nobody’ today. Carlton says there’s no way to prepare for the exposure she’s been getting on MTV and radio lately. “You know, I don’t think you’re ever prepared for it. I don’t think there was anything I could do to prepare for any of this. There’s no preparing, it’s just me constantly looking forward and searching for all the different ways that I can kind of improve myself as an artist and a girl. That’s basically all I can focus on right now,” she said.