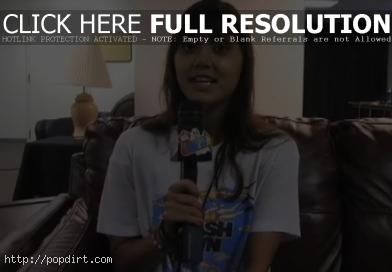 “We’re hanging out on Warped Tour this summer and it’s the fifteenth year, so they’re gonna have a celebration on September 17th,” Dia explained. “They’re making a movie, and it’s gonna be in theaters that day only so check it out.”