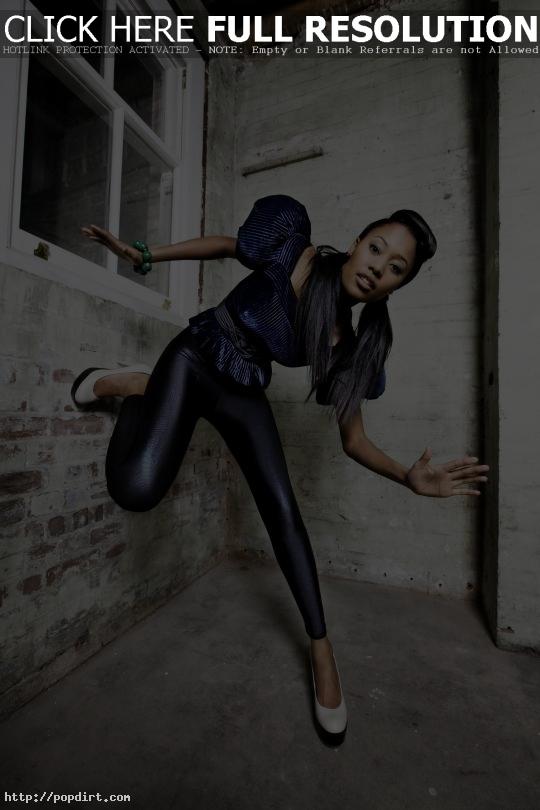 John Earls of News of the World chose VV Brown as the #1 artist to watch in 2009, talking to the singer about her musician ex boyfriend, how her songs were too personal for others to sing, and modeling for Naomi Campbell in September at a charity event after she met the supermodel’s agent on a plane. “I was worried Naomi was going to copy my hairstyle,” joked VV, who sports a ’50s-style flat-top haircut. “She asked me all about it. As soon as she left the room, I told my hairdresser ‘Don’t you dare tell her how it’s done, I don’t want Naomi Campbell copying my look.’ Well, everyone would think I’d nicked it from her, not the other way round!”

Meanwhile, perhaps in response to the News of the World interview or another, VV sounded off on being victim of a fabricated remark. She writes on her MySpace blog:

I’m quite new to the whole interview game and am such a chatter box I generally pour it all out… but now I’m getting a bit weary cause I read something today that was completely made up. I’m might close up a bit. Don’t always believe what you read. They really do make things up sometimes…. x Like out of nowhere! Not all journalists but some…. and it’s crazy cause people will genuinely believe that what u said is true. Sometimes it looks real bitchy or big headed and they have worded it differently to how you said it or completely made it up..! From absolutely nowhere! So please…. don’t always believe what u read xx