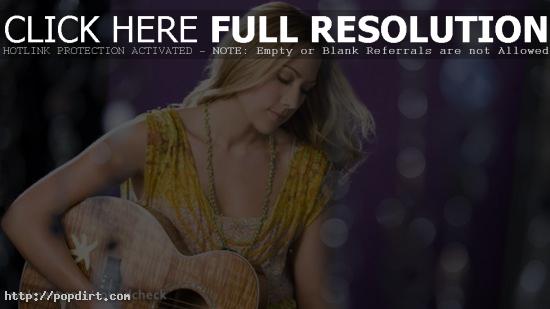 Colbie Caillat did a live set for Walmart Soundcheck, including performances of ‘Fearless’, ‘Bubbly’, ‘Fallin’ For You’, ‘Begin Again’, ‘Realize’, and ‘You Got Me’.

During an interview with the singer songwriter, she talked about the new album ‘Breakthrough’, the songwriting collaborators on the project, how she enjoys songwriting even while on vacation, the five minutes it took to compose ‘Fallin’ For You’, music she listens to, and more.

It’s a completely different style than how we recorded my first album ‘Coco’. When I recorded ‘Coco’, I was younger. Every time I would write a song I would play it to my producer and we would record it that day and put it up on MySpace. It was over a year period of time, it was never like a planned thing where I’m gonna record my album. For this record ‘Breakthrough’, I got to schedule who I wanted the players to be, the producers, what studios, everything. It was just a planned thing where I got to have it exactly how I wanted it to be. I’m so excited for this record because it’s about breaking through. It’s about me finding out who I want to be and the woman I want to become and just breaking through all your fears and insecurities. On ‘Breakthrough’, I just want people to know they’re not the only ones that have fears and insecurities. We always think that we’re the only one for some reason. So I wanted to let people know that I’ve had it. I’ve had a huge fear of stage fright. This whole business was scary for me at the beginning, but I’m breaking through it and I’m getting comfortable with it. I’m just having fun.

I wrote with a bunch of really well known talented songwriters for this record. I think they were just recommended to me and we have the same either management or under the same publishing company or something like that. They connect us and it worked out really well because Rick Knowles, who I wrote ‘Fallin’ For You’ with, he’s such a great writer, because it’s always a nerve wracking thing when you have to express yourself and your emotions in front of a complete stranger. With him, every time I would come up with a melody or lyric or idea, he just loved it and it made me feel like I could be open more and write a beautiful song because of that.

On writing on vacation:

It wasn’t hard at all to write when I was on vacation in Hawaii. Writing is a fun thing. It’s a hobby. So I like to sing, I like to play guitar, I like to go to the beach and I like to write songs. When I can combine that with my friends in Hawaii, it’s like the most perfect setting ever.

‘Fallin’ For You’ is about falling for a certain guy. I wrote it the night after I went on this date with him and we were actually just friends at the time. I realized that everything that happened that night, when we talked when we looked in each other’s eyes, when we were standing in the middle of the dance floor, I heard no music. It’s just crazy when you meet that person, nothing is going on around you, it’s just you and that person standing there. I guess I was on a giddy little high from it the next day and I was with Rick Knowles and we were writing and this song just came out in five minutes.

Check out more pictures from the live set below the cut. 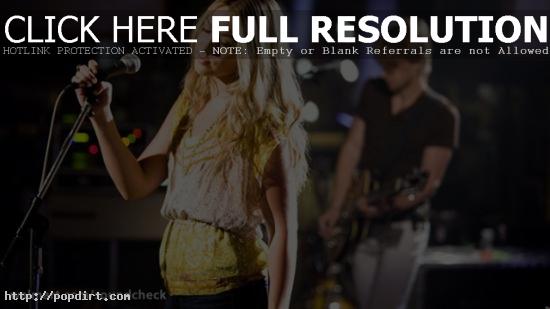 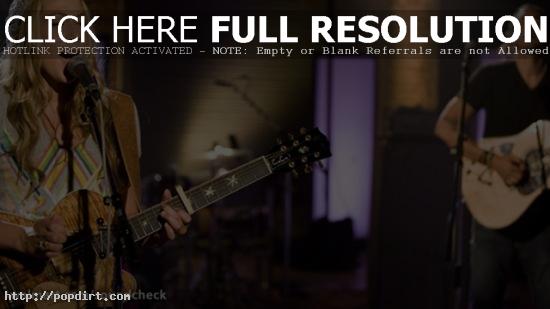 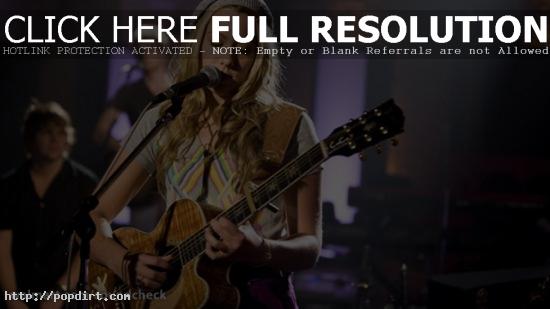 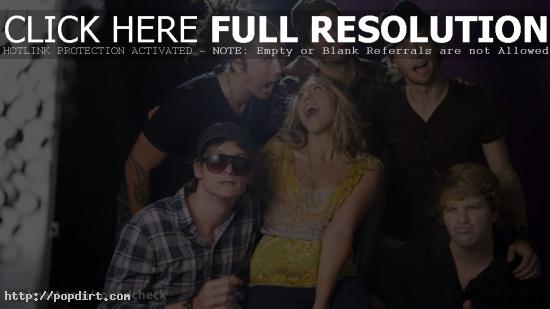 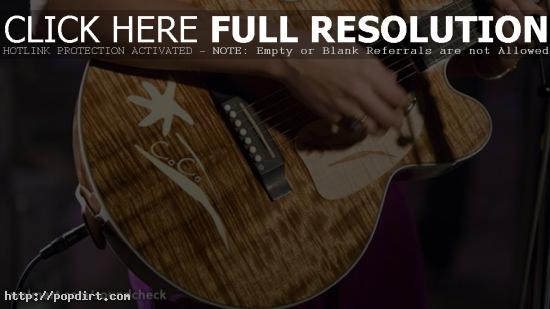