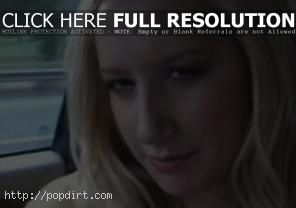 Ashley Tisdale will be releasing ‘There’s Something About Ashley: The Story of Headstrong’ next Tuesday (November 13). With the special edition DVD, fans have the chance to see the complete story of ‘Headstrong’ as well as behind-the-scenes footage of Ashley recording her album and growing up on tour.

This week, the singer/actress is posting video clips from the DVD at AOL Music. Tuesday’s clip features the 22-year-old spending a weekend off with her family by traveling to Laguna Beach, California and offering a little DIY video performance for ‘He Said, She Said’.

“Me and my family are on our way to Laguna beach,” Tisdale explained. “Get massages, go to the beach. I’m so excited because Laguna Beach is my favorite show on MTV. I have never been there. I’m so excited to go.”