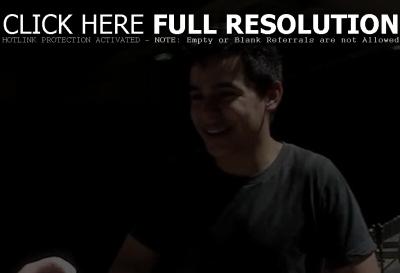 The 17-year-old posed for photos with fans and signed autographs, explaining that show winner David Cook and second runner-up Syesha Mercado wouldn’t be able to make it because of press commitments.