After playing a handful of live shows at this year’s SXSW, Sweden’s We Are Serenades have announced that they will be hitting the road this May – marking their first headlining U.S tour. The duo (Adam Olenius and Markus Krunegard) will be showcasing songs off of their debut album ‘Criminal Heaven’, which is set for release on April 17th on Cherrytree Records/Interscope. Check out the dates below. 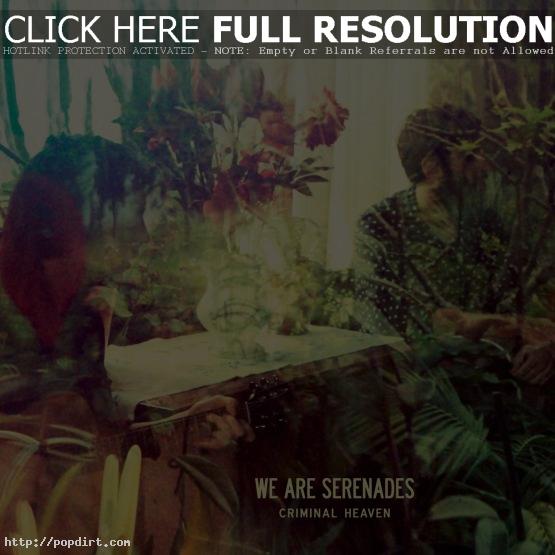 In addition, We Are Serenades are giving fans a taste of what’s to come by releasing an album sampler. Listen at Facebook.com.

We Are Serenades Tour Dates:
May 7 – Washington DA at Black Cat
May 8 – Philadelphia, PA at Johnny Brenda’s
May 9 – New York, NY at Mercury Lounge
May 11- Brooklyn, NY at Knitting Factory
May 12 – Boston, MA at T.t The Bears
May 13 – Montreal, QC at La Sala Rossa
May 14 – Toronto, ON at The Garrison
May 16 – Chicago, IL at Empty Bottle
May 17 – Minneapolis, MN at Triple Rock Social Club
May 20 – Vancouver, BC at The Media Club
May 21 – Seattle, WA at The Crocodile
May 22 – Portland, OR at Doug Fir Lounge
May 24 – San Francisco, CA at The Independent
May 25 – Los Angeles, CA at Troubadour