What Kate Nash Had On Her Toast 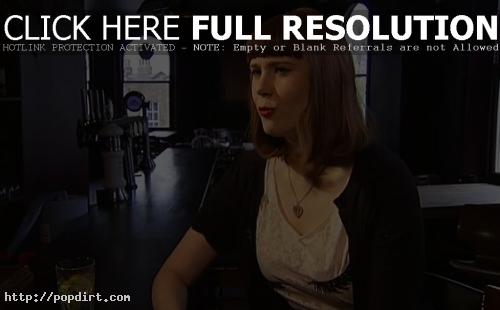 Kate Nash checked in with fans on her blog at MySpace (@katenashmusic) on Wednesday (September 2), talking about people complaining about her blogs, the Just Tick It campaign, an idea for a documentary, and an auction for Tilly (ebay link has since expired). The English singer songwriter tells readers:

Ok, so some people have been getting irritated that I keep ‘advertising’ & recommending things in blogs instead of telling you that I had beans on toast breakfast.

To be honest, I would rather read something that someone had recommended me seeing/hearing/going to that might fill my day after my daily blog reading instead of wondering what brand of beans they were and was it on white or granary? But without further ado…

I didn’t have beans, my bread was moldy so I had grapes and then Rivita with Philadelphia cheese & a slice of salami. Not as bad as it sounds, really it’s not. There’s your London lite quote right there.

The other most trivial piece of information I can think to tell you, I got my fringe cut.

Oh and I bought a printer. Whoopee.