Why Do You Hate Britney Spears? 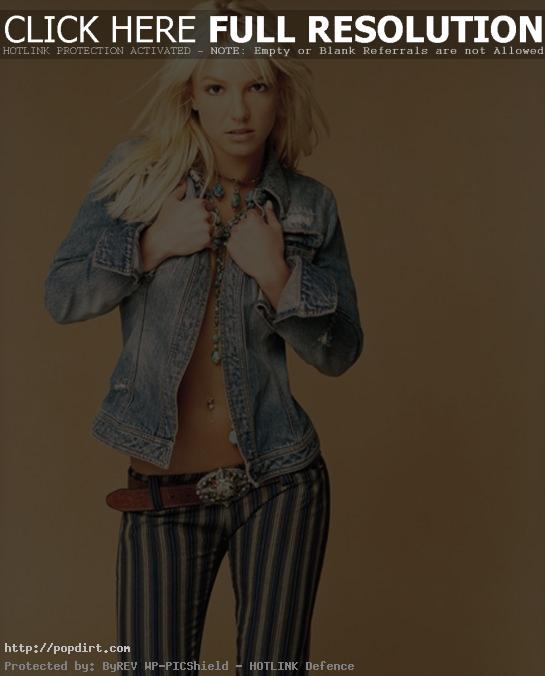 I wanna know something. Why do you hate Britney? I find it hard to believe that some of you hate Britney Spears. What are the reason you hate her so much? A couple weeks ago, someone posted pictures of Britney in Korea with the traditional korean hanbok, a very normal topic. And everybody started to bash about how ugly she looked (she looked great by the way). What are the reasons you hate her so much? Is it because she wears sexy clothing, because you don’t like her music or pop music? Why?

=> For her music: I just wanna point that out because… i don’t get it! If you hate her music, just don’t freaking listen to it! You don’t have to hate someone because you don’t enjoy their music. I don’t like most R&B, Hip-Hop, Rock and Country song but i don’t hate those artist! I hate Beyonce’s music so bad! But i don’t hate her… at all!

=> Her look, clothes: Okay, she does wear sexy clothing sometimes. What’s the big deal? Christina, Jessica Simpson and so much more does it to but when it’s Britney, it’s so wrong. Almost all the females celebrities does it! It’s not like Britney goes to the shopping mall wearing that kind of clothes. And you shouldn’t even judge an artist with what they wear. What happen to liking the music? If Britney’s being called a slut and whore? What should we call Xtina and Pamela? Both are ten millions times worse than Britney.

=> She’s a media whore: I saw a lot of people saying that when there was a topic about Britney. Do you hate her because she endorses Pepsi? Because she’s on commercial for the NFL Kickoff? I mean, Beyonce does it for Pepsi and L’Oreal too! Pink, for Pepsi. Jessica Alba does it for L’Oreal! Christina does it for Coka Cola, Versace, Sketchers, Target and others. But that doesn’t matter. What’s wrong is that Britney does it right? Get over it.

=> She’s flopping in the charts: You guys hate someone because they don’t do as well as they use to? What’s up with those ‘Flopney’ thing? Whoever invented that really needs to get over it. Who even freaking cares if she sells 20 millions copies or 4 millions or 6,000 copies? Is it about music or what? Britney doesn’t even cares if she’s number one or not. She doesn’t even care if she doesn’t sell a lot. Why should you? Britney sold 3 millions for ‘Britney’ and Avril did the same with her first album. She’s consired a massive success but Britney a flop? Britney isn’t a flop. As the matter of fact, i’m sure she’s gonna be in the music business for a reaaaaaaalllllyy long time.

=> Her voice!!!: Okay, she doesn’t have the best voice and she knows it. Xtina and Jessica may have better voice. But Britney can defenitely sing. And if you say it isn’t true, you’re wrong. She can sing way better than all of you combine. Justin actually CAN’T sing really well and have a really annoying voice but nobody say he can’t sing. (sorry to the fans, i just really hate his voice)

=> Because she’s ugly: Okay, that’s weird. If she’s ugly, look at yourself in the mirror. Are you better? That’s the most stupid reason to hate someone. Because she’s ugly… psstt! Come on, you have to admit she’s beautiful. Not the most pretty girl in the WHOLE world but she’s not ugly. Just admit it.

=> Talentless: A lot of you say Britney have no talent. She’s a singer, dancer, songwritter, producer, entertainer, performer. You call that talentless? I would love to see if you guys can do better than her. Not only she’s a singer, but also an actress. And she’s right now producing a tv movie for ABC about her book ‘a Mother’s Gift’ which she wrote with her mom. She’s having several movie role. And will be probably playing in a movie with Tim Allen. I think she even had a small role for a play in Broadway when she was younger and appeared in two different commercial when she was still living in Louisiana. She won the Star Search and was in the Mickey Mouse Club. Now she’s the only artist to ever have 3 and 4 albums #1 in a row. She’s the youngest celeb to ever have her own star in the Hollywood Hall Of Fame. And sold over 52 millions copied worldwide. Talentless? Yeah, right!

I think i came across many of the reasons why you hate her. I still can’t see why because these are stupid reason of hating someone. Anyway, it’s your freaking problem. And i’m not only saying that because i’m a fan of hers but because i know a lot of people hate her without an excellent reason.

21 thoughts on “Why Do You Hate Britney Spears?”