Will Kylie Minogue Ever Compete On ‘Dancing With The Stars’? 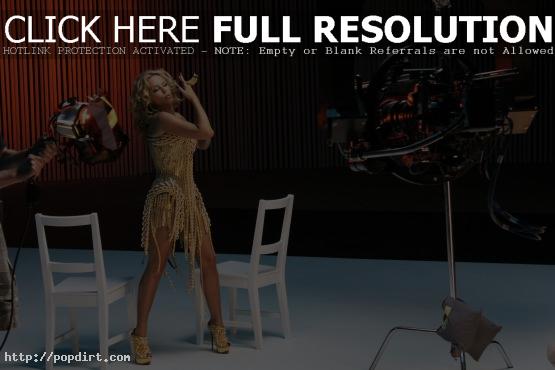 ‘Entertainment Tonight’ spoke with Kylie Minogue after her performance on ‘Dancing with the Stars’, asking the Australian pop singer if she’d consider participating in the dancing competition. “I love these shows,” Kylie said. “I think they do amazing work. I can’t imagine going through that myself. It looks like torture … I would petrified doing this type of show; I really, really would. Part of me would love the challenge. What an amazing opportunity to work with incredible dancers, choreographers … that is very enticing. So, maybe one day.” The interview video at etonline.com has since been removed.

Kylie Minogue Behind The Scenes In Egypt

October 30, 2010 – Kylie Minogue documented her recent trip to Cario, Egypt in her latest YouTube video blog. The Australian pop singer is seen doing some sightseeing before going to soundcheck. “We’ve all experienced so much,” Kylie says in the clip. “I think I can talk on behalf of everyone and say this has left an imprint that’s gonna last forever. I mean it.”

Well, it’s been a crazy week so far. Thought I would share a teensy behind the scenes with you of how it started. Performing in front of The Great Pyramid and The Sphinx in Cairo was a really emotional experience. The power you feel when you’re there is incredible. Thanks Cairo for an amazing visit!