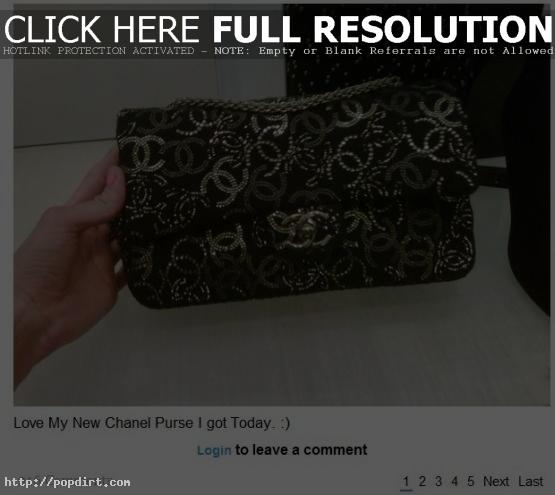 Though Paris Hilton claimed the Chanel purse she was carrying when arrested in Las Vegas for cocaine possession wasn’t hers, the heiress posted a photo of a handbag that appears identical to the one that contained the illegal white powder. Hilton posted the image above on Twitpic to her Twitter followers (@ParisHilton) on July 15th.

August 30, 2010 – Paris will be charged with possession of a controlled substance – and could face up to 4 years in prison – but according to the heiress, the cocaine in her purse wasn’t hers, but probably belonged to a girlfriend who had borrowed the bag previously. TMZ discussed the news and how the heiress has been pushing responsibility for her recent drug busts on others. The video report from TMZ at MySpace has since been removed.