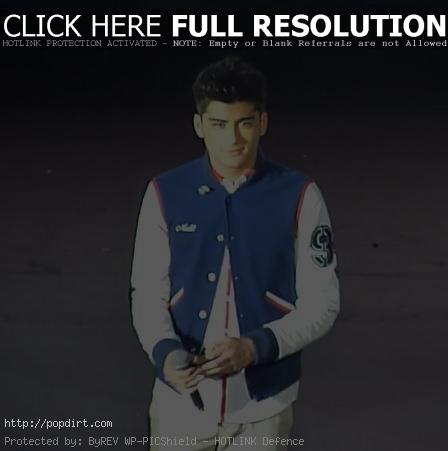 Zayn Malik from One Direction was on the phone with 106.1 KISS FM Seattle’s Tyler. The boyband singer talked about their success in America, the fan response from their ‘Today’ show appearance, lining up a performance on ‘Saturday Night Live’, if fans in Seattle can expect them to visit, Simon Cowell being instrumental in their success and how Simon is actually a nice guy.

On whether it’s crazy to see their success in the U.S.:

Yeah, absolutely. We didn’t really expect anything to this kind of level. We just thought maybe we’ll release something in the UK, release a single and see how it goes, hoping for some success in the UK and hopefully the fans that vote on the show were gonna continue to support us and then we got this whole group of new fans that were interested over here in America so we thought we had to come out here and check it out for ourselves.

On their ‘Today’ show appearance:

Yeah, about 10,000 people showed up. Obviously we came on the red bus and as we were driving around with the show the fans were absolutely amazing to see that many people turn up for us.

Yeah it was amazing. Everything that’s happened for us obviously we’re massively grateful. We understand these kind of things you have to work very hard over here to get on ‘Saturday Night Live’ and all the things we’ve been doing, so we’re just massively grateful to the fans, because they’ve made it happen so quick.

On making a visit to Seattle:

Yeah, why not. Obviously like you said I’m not sure when we’ll be coming to Seattle, but obviously it’ll be in the plans somewhere. I’m sure we’re definitely coming to Seattle, and when we do we’ll make sure we spend a lot of time with the fans and stuff over there.

On Simon Cowell being instrumental to their success:

Yeah, definitely it was his idea to combine with Nicole Scherzinger and another judge on the show called Louis Walsh. It was their idea to put us together, so they came up with the initial idea and we kinda made it happen.

Whether Simon is as brutally honest as he is on TV:

Yeah he is. Obviously he’s portrayed to be this big mean music tyrant on TV, but actually he’s a really nice guy behind the scenes. He’s always been honest with us and he always helped us when we were on the show and he gave us the best advice we ever got which was basically be the band that you want to be, don’t let anyone tell you what you want to do in terms of image or in terms of sound. I want it to come from you, it needs to be authentic, it needs to be fresh.

The 2-part interview at kissfmseattle.com has since been removed.