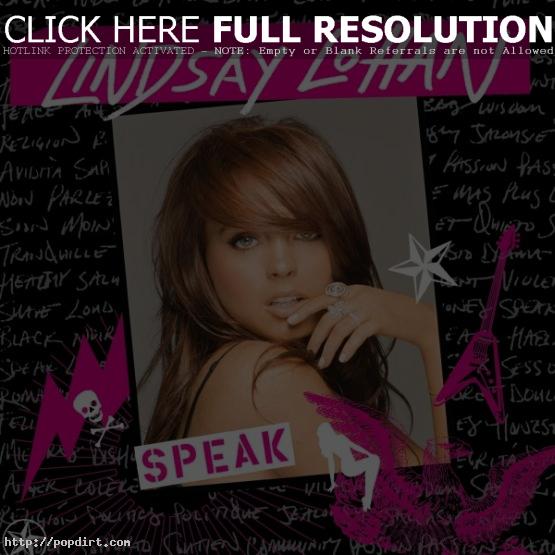 Sal Cinquemani of slant magazine reviewed Lindsay Lohan’s debut album ‘Speak’, giving her only 2 out of 5 stars, saying it seemed “like one giant market researched disaster” with “not one iota of originality or personality.” Cinquemani writes, “You’d think that with an album title like ‘Speak’, Lohan would actually have something to say.” Read more.

Will Movie Role Force Hilary And Lindsay Lohan To Make Up?

In Touch magazine reports that teen queen rivals Lindsay Lohan and Hilary Duff are both strong contenders for leading roles in an upcoming movie based on a Southern family. A source revealed, “It’s a comedy/drama, and they’d play loving sisters.”

‘Access Hollywood’ co-host Billy Bush spoke with Lindsay Lohan about her much publicized breakup with Wilmer Valderrama and her recent hospitalization. “I don’t know. None of it’s true,” Lohan said of the breakup rumors. “Everything was good. Everything happened for a reason. What’s done is done. We’re still good friends. We don’t know what will happen in the future, but I have to focus on Lindsay right now… I wasn’t really focusing on what was really good for me, I was trying to please everyone else.”