A Fine Frenzy’s Alison Sudol Has A Dream 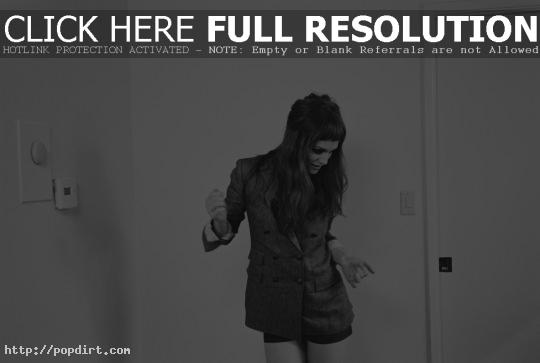 Alison Sudol of A Fine Frenzy checked in with fans on her blog at MySpace (@afinefrenzy) on Saturday (June 21). She writes:

I had the most spectacular dream last night (two nights ago? last night I didn’t dream at all, I just. I dreamt I was at some sort of university (a very very old one). I walked through the library and found an old and strange piano. It had two tiers, like an organ, and the keys were in a different order than the typical structure. Each key was labeled, and there was an H note. I couldn’t play it very well, but I wanted to learn so badly. It sounded heavenly. As I was sitting there, trying to work it out, the camera in my head lifted high to the ceiling (so I was watching myself play) and descended upon a man in a powdered wig with a pen and a piece of paper. He was writing furiously. Suddenly, he and I and a few other young people I didn’t know were walking across the greenest grass ever and up a hill. The university sprawled out in front of us. This man, who I believe was some incredibly revered composer from another time, like Beethoven or Mozart, was auditioning us for a show he was putting together. The first girl was a ballet dancer. She was dressed in street clothes but when she danced, she was like a gazelle. This man took me away from the crowd and brought me to a children’s cafeteria. All the chairs were very small and it was terribly noisy. there, in front of me, was a child sized piano. He told me to play. I sat down on one of the little chairs and then I woke up. What a nice dream.