Aaliyah Praised Jennifer Lopez In One Of Her Final Interviews 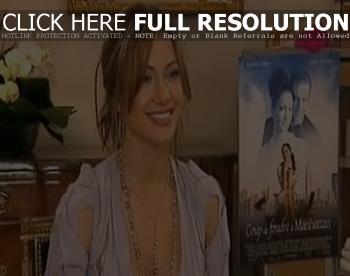 Capital FM spoke with Aaliyah last year just before her death in one of her last interviews, that they’ve recently posted. Aaliyah talks about her singing and acting career that has had her compared to Jennifer Lopez. Aaliyah didn’t mind the comparison, saying, “Why should I mind? I see it as a compliment because Jennifer’s an amazing girl: she’s beautiful, talented and she sings, acts and dances – just like me! I’m a big fan of hers, despite some articles I’ve read saying that I’m trying to kick her butt – which I’m not. Actually, it’d be great if we could work together, on a film or song.”

April 10, 2002 – Billy Masters of Filth2go.com reports the surprise appearance by Jennifer Lopez at Jeffrey Sanker’s legendary White Party in Palm Springs over Easter Weekend was purposely very hush hush. J.Lo told Sanker if the press found out about the appearance, she wouldn’t show up. Lopez decided to do the show to cultivate a gay audience, much like Cher has done in the past.