Action Item To Tour U.S. With ‘Until It’s Over’ Documentary 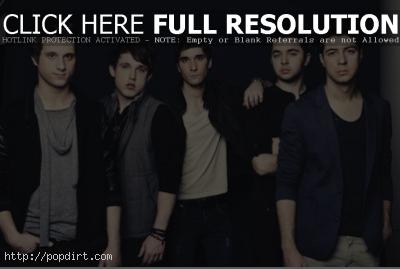 New Jersey pop rock group Action Item are set to embark on a U.S. theater tour in support of their self-produced documentary ‘Until It’s Over’, kicking off on August 3rd in Los Angeles. ‘When It’s Over’ gives fans a look into the life of five best friends from a small town and how they became Action Item – including behind-the-scenes footage from the recording of their upcoming album and the band’s world tours. All screenings of the film will be followed by an acoustic performance and a Q&A session with the band, featuring Brian Cag, Anthony Li, Mark Shami, Dan Brozek and David Buczkowski. Watch the trailer for ‘When It’s Over’ below.

“We always try to top our past ideas when we market our band,” keyboard player Mark Shami explained. “An independent band creating a documentary & screening it across the country was just that. We have sold out almost every date, and we couldn’t be more thankful for our fans.”

Action Item has been touring the last two years in support of their first EP, ‘The Stronger The Love’, which has sold over 22,000 copies independently.

Right now, the boys are putting the finishing touches on their new EP, due out this Fall. “This album is going to show exactly where we are as a band, musically and personally,” says singer Brian Cag. “I think there is a song for everyone on this record. Our personalities really shine through every track and we couldn’t be more proud of it.”