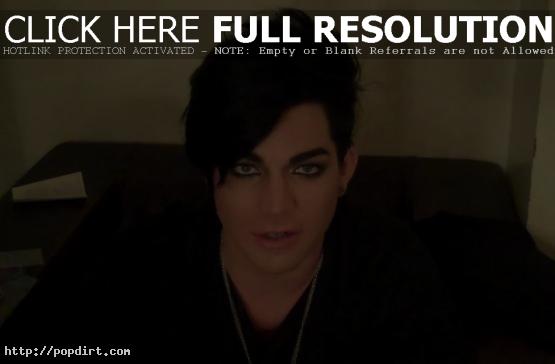 Adam Lambert checked in with his Twitter followers (@adamlambert) following Sunday’s Grammy Awards, offering his thoughts on performers at the Staples Center event in Los Angeles. The ‘American Idol’ alum even sounded a bit like Simon Cowell after offering some “just being honest” critiques. Adam writes:

Despite it being similar to some other tunes, Born This Way has an incredible message and has been stuck in my head for two days!! Get it GAGA. Can’t wait for the album.

My other Grammy favorite moments were: Janelle/Bruno/B.o.B, the Aretha tribute, (vocals!!) Katy P and Muse.

CeeLo was great too but I don’t know what the hell Gweneth was doing up there. Usher and Bieber’s dancing was sick- but their vocals? Eh. Just being honest.

But hey- last time I did an award show performance I was a mess so… Haha sh** happens.