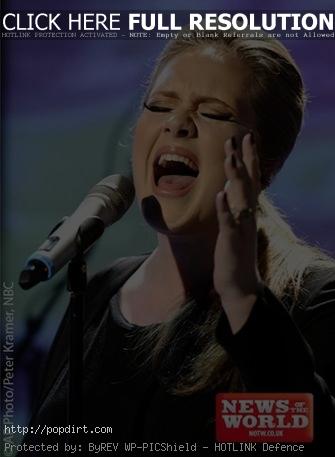 Adele has been ordered by doctors to stop talking for an entire month. The 23-year-old risks damaging her voice due to acute laryngitis and the chance nodules would develop on her severely inflamed vocal cords if she doesn’t rest her pipes.

“Adele’s voice is very special,” a source close to the English singer songwriter tells News of the World. “But if she continues to abuse it in the way she has, then she could lose it completely.”

Adele released her second album ’21’ in January, and the CD is on pace to be the biggest selling album of 2011.