Alesha Dixon Talks About Being Dropped By Polydor 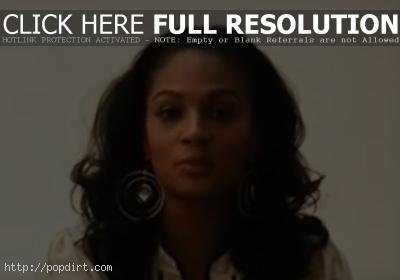 Rick Vaughn spoke to former Mis-Teeq singer and ‘Strictly Come Dancing’ winner Alesha Dixon on Radio City 96.7 FM’s Entertainment City in Liverpool, England. Dixon said despite tabloid reports indicating otherwise, she’s not going to America to look for love, and she wasn’t sure about a report that Dizzee Rascal had expressed a romantic interest.

She said being dropped by Polydor was “one of the worst things” that happened to her professionally. “That was my time. That’s how I looked at that time. Things in Mis-Teeq went too smoothly,” she said. “It’s almost like, I know we had to hustle because Mis-Teeq signed with a very small independent dance label, and a lot of the artists that were signed to major labels would get on certain shows quicker than we would. By the time we got to the Brits and the Jubilee it was like a big deal for us, because it had taken us a long time to hustle through… Things with Mis-Teeq kind of went on the up, always climbed bigger and bigger. I suppose that happening to me, I suppose it was my time for something not to go right.”